Poet, writer, translator. She was born in Transylvania (Romania) in 1972, moved to Hungary in 1987, studied English and Hungarian literature at the University of Budapest, and received her PhD in 2001 (her field of study being the translation of Shakespeare). She has published eight volumes of poetry for adults and nine for children, written two books of short stories, twelve plays, and has received several literary prizes. She is an elected member of the Széchenyi Academy of Letters and Arts (part of the Hungarian Academy of Sciences). She has translated (mainly from English, occasionally from German, French, Romanian and Dutch) many poems and lyrics, short stories, children’s books, essays, novels, drama, radio plays and librettos. She also writes essays, newspaper articles and reviews, gives lectures, and has taken part in the popular literary competition series of the Hungarian Television (Nyugat; Szósz; Lyukasóra). For ten years she worked as a translator and critic for the movie magazine Cinema; meanwhile has also worked as a co-leader of a series of poetry translation seminars organised by the British Council. Her poems are often used as lyrics by various performers. She also performs prose and poetry together with several jazz and classical musicians, while working as a freelance writer and translator, travelling and reading for children and adults alike, and taking part and organising translation seminars. She lives near Budapest with her husband the novelist György Dragomán and their two sons, currently working on a novel and a new annotated translation of Shakespeare’s Sonnets.

See also her homepage (szabotanna.com), her instagrm and her facebook pages Szabó T. Anna and Anna T. Szabó and the readers’ site https://moly.hu/alkotok/szabo-t-anna for reference.

– Verslavina (Avalanche of Poems) with János Lackfi and others, Athenaeum, 2016

Short novel and a long story for young adults

– Sycorax (based on Shakespeare’s The Tempest, libretto for Levente Gyöngyösi), yet unpublished, 2002

– Az üdvözültek, The Blessed (play, written for the competition of the National Theatre, has received honourable mention) 2004

– A fekete kutya (Black Dog, play written to the competition on the day of Hungarian Drama, presented in september 2009 at Tivoli Theatre, receiving the Audience Award)

– Világnak világa (Light of the World, miracle play, staged each year since 2011 during December in the churches of county Vas)

– Kézivezérlés (Manual Control, play written and performed for the comperition on the day of The Hungarian Drama, 2012)

– Kozmikus csizmadia (Cosmic Cobbler, play based on the texts of the poet Sándor Weöres, performed in the Petőfi Literary Museum, 2014)

– Allegria (a one-act play written and performed during the Puppet Theatre Playwrights Competiton, May 2016)

Song and poems for children’s plays

A halász és a nagyravágyó felesége (Songs for a play based on a tale by the Brothers Grimm), directed by Ágnes Kuthy, 2016

Mother Holle (Songs and texts for a play based on the tale of the Brothers Grimm, performed in 2017 by the Budapest Puppet Theatre), directed by Ágnes Kuthy

Poems, ballads and songs written for specific performances by the director Márta Scherman:

Életosztás, 2014(Life Distribution, ballads about the homeless, performed at a Budapest Market)

Árvaálom, 2015(songs and ballads for a play about children prostitutes)

Pesti Erzsi, 2017 (songs performed by choirs in and about the Budapest district Pesterzsébet)

Plays using some of her poems

One-act plays based on my poems and short stories:

– Twa Ungerska Poeter, poems in Swedish together with Mónika Mesterházi, tr. By Per and Anna Swenson, Art Factory 2008

On Darkness, Hospital Window, translated by Clive Wilmer and George Gömöri, An Island of Sound: anthology of Hungarian Poetry, The Harvill Press 2004

The Labour Ward, This Is How It Goes, Adolescents, Plastic Surgery, Twilight, translated by Clive Wilmer and George Gömöri, The Hungarian Quarterly, Vol. XLVI.No.177, 2005 Spring

This Day, Fire, We Say, two poems and the essay Poetry in the Night, translated by George Szirtes, The Hungarian Quarterly, Vol. 46, Summer 2005

Being Human, one poem in the poetry anthology ed. by Neil Astley

one poem included in the Poems on the Underground series, London

Twa Ungerska Poeter, poems in Swedish together with Mónika Mesterházi, tr. By Per and Anna Swenson, Art Factory 2008

Other Languages (a selection):

Slovakian: poems in the periodical Romboid on Hungarian Writing, 2003;

Romanian: poem translated by Anamaria Pop in the anthology on Attila József, published by the Ráday Bookshop, 2005

Russian: one poem in the series of the Poems on the Underground translated by Anisimova Daria

Swedish: four poems translated by Per Swenson (some of them presented at a reading in the Nyitott Műhely, May 2007), and the volume Twa ungerska Poeter, tr. By Per and Anna Swenson, Art Factory 2008

Chech: Five poems translated by Robert Svoboda for the reading in Hungarian Institute of Prague, 2009 11. 11.

Essays, criticism (only a few excerpts):

The Architecture of Poetry (Helen Vendler: The Art of Shakespeare’s Sonnets), The Anachronist, 1998

Also: many smaller articles in the 2000-2005 editions of the film journal Cinema

Converging Lines Festival of the British Council, 29 April- 9 May 2003

Readings in Göteborg and Stockholm, 2010 March

Reading, Ledbury Festival, 2011, and also in a library in Manchester

Reading and lecture in Helsinki and the Lahti Festival, Finnland, 2013

Readings in and about San Simon Island, Catalonia, 2013

Readings during the Shaar Festival, Haifa, 2014

Reading and scholarship in Tampere, Finnland, 2015

Readig and performance with the Kaláka group at Times Literary Festival, Mumbai, Dec 2017

Poemcards: Poems from the Translation Workshop of the British Council (2000-2004, editor)

Translations into Hungarian (listyet to be completed):

Leoncavallo: Pagliacci (libretto), Színház- és Filmművészeti Egyetem (performed by the students of the University of Film and Theatre), May 2003

Lawrence Schimel: The Boy and the Spy, Csimota, 2014

Sun-Mi Hwang: The Hen Who Dreamed She Could Fly (Rügy), novel for children, Athenaeum, 2014

Elckerlijc (Everyman), a Dutch morality play, performed during the autumn of 2016 and to be printed soon

Shakespeare: The Winter’s Tale, performed by the Radnóti Theatre, 2017-18 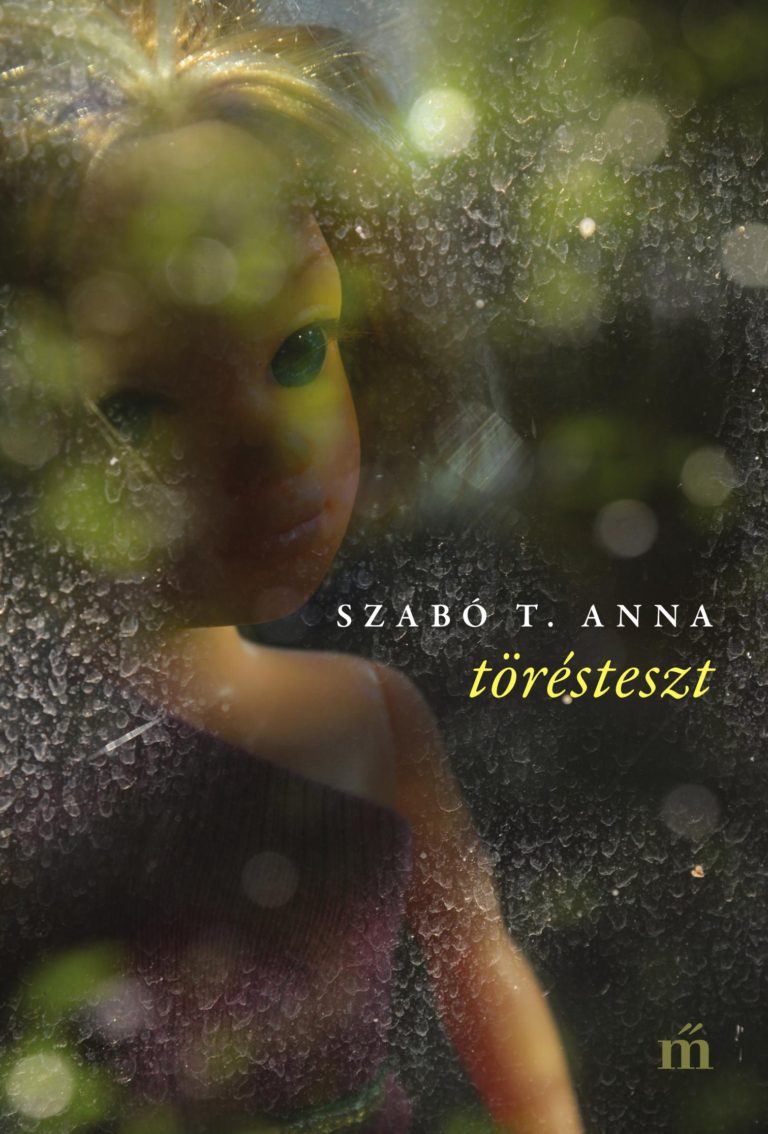 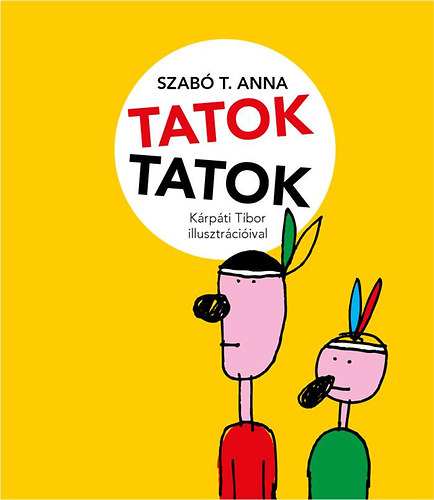 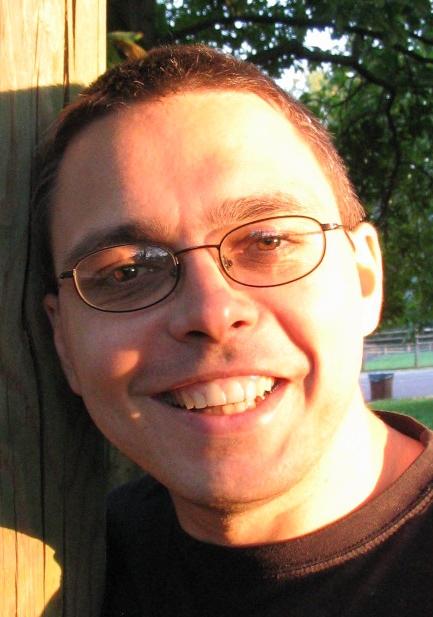